Sophomore Research Fellowships are funded by generous grants from the Brittingham Fund and the Kemper K. Knapp Bequest. These awards provide $2,500 each to undergraduate students and $500 to their faculty/staff advisors to work in collaboration on research projects.

A list of Hilldale and other campus award winners will be posted on UW sites soon. In the meantime, here are some of our student winners listedby name, major, mentor and project title:

Sierra Block, biology, Ted Golos, Ph.D., “Identification of SARS-CoV-2 Receptor in the Testis of the Rhesus Macaques and its implications on Reproductive Health and Fertility.” (Sophomore Research Fellowship)

In addition to the UW awards, we’d like to recognize a student who just received an undergraduate summer fellowship from the Parkinson’s Foundation: Anthony Mancinelli, neurobiology, Marina Emborg, M.D., Ph.D., “A listeriosis model to study the relationship between inflammation and α- synuclein expression in the macaque Enteric Nervous System.”

Marina Emborg, M.D., Ph.D., professor of medical physics, senior scientist at the WNPRC and director of the Preclinical Parkinson’s Research Program, has received the Kellett Mid-Career Award from UW–Madison. The award was created to provide needed support and encouragement to faculty at a critical stage of their careers.

David Abbott, Ph.D., UW Ob-Gyn Division of Reproductive Sciences, is one of just five educators on campus to receive the UW-Madison Award for Mentoring Undergraduates in Research, Scholarly and Creative Activities from the UW-Madison Office of the Provost.

Abbott also weighed in on the awards presentation itself: “The online ceremony was very well done, highly professional and personable,” he said. “Each student’s photo appeared as they were named alongside their project title and mentor’s name. The ceremony drew a record-breaking number of attendees since, for the first time, family and friends from around the country and abroad could attend.” 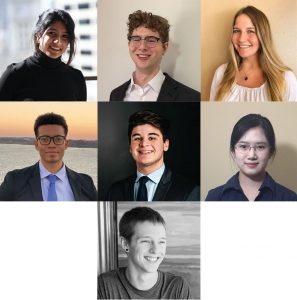