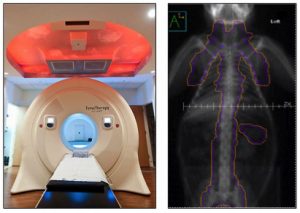 “Transplants are surviving longer, but the patients are not as healthy as they could be,” says Lynn Haynes, distinguished researcher of transplant research and development in the School of Medicine and Public Health. “We have made tremendous strides in drug development to prolong graft survival, but the required life-long immunosuppressive medications have major short and long term side-effects. The current focus in transplant research is toward tolerance, which is graft survival without having to take 10-20 pills a day.”

Haynes, who is based in the lab of Will Burlingham, Ph.D., professor of surgery, spoke about a new research project with Dixon B. Kaufman, M.D., Ph.D., Ray D. Owen professor of surgery, and collaborators at the Wisconsin National Primate Research Center (WNPRC) for this article. The project is designed to create and understand the mechanisms of long-term graft survival without immunosuppression for people who need kidney transplants.

Burlingham and Kaufman, who is also chair of the Division of Transplantation, are experienced in both basic and experimental clinical research on minimizing the need for immunosuppressive drugs following renal transplant. Burlingham’s research has focused on naturally acquired immune tolerance, especially between children and their mother. Haynes, who additionally serves as research operations director for the Department of Surgery in the School of Medicine and Public Health, was featured in a UW news release earlier this year for receiving the 2014 Chancellor’s Award for Excellence in Research – Critical Support.

“About 12 years ago”, as Kaufman explained, “the NIH established a consortium of investigators in the U.S. interested in using nonhuman primate models to test new protocols for inducing graft acceptance and long-term immune tolerance in renal transplants.” He recognized that the UW Madison, with our excellent primate center and long history of research in transplant tolerance was in an excellent position to perform meaningful research using the primate model and was awarded a large grant from the consortium in 2012.

“We designed our studies to be the primary location because we have the Primate Center and a unique core of basic and clinical investigators,” Kaufman said. A key component to transplant tolerance is thought to be the ability of the recipient to accept not only the kidney, but also hematopoetic stem cells (white blood cells) from the donor. Since it is the white blood cells that are responsible for rejecting the transplant, if we can create conditions where the recipient accepts white blood cells from the donor, these cells will not reject the donated kidney and may in fact help protect the kidney. He described how three clinical programs in the U.S. have had some success with establishing this condition of mixed hematopoetic stem cells (also called mixed chimerism) to enhance human tolerance to renal transplants. One, at Stanford University, has a protocol that is very safe and works well in patients where the donors have completely matched major histocompatibility complex (MHC). The other two use treatments that can be more intense for the donor and recipient and therefore he chose to collaborate with Samuel Strober, M.D., professor of medicine (immunology and rheumatology) at Stanford School of Medicine.

Additionally, Burlingham’s lab had developed an assay that could detect immune tolerance regulation between individuals by measuring the effect of adding antigens from the prospective donor to the recipient’s white blood cells (WBC) or, in reverse, adding recipient antigens to donor WBC. Either way, one could detect inhibition of immune response prior to kidney transplant. A seven-year human study showed excellent clinical outcomes. These results led Dr. Kaufman to hypothesize that bi-directional regulation may facilitate the creation of mixed chimerism and transplant tolerance. He proposed to test this idea in the non-human primate recipients.

“We were fortunate in that Dr. Kaufman recognized that we had a unique combination of resources here to advance to the next steps,” Haynes said. “In addition to the Primate Center, the UW-Madison has several experts with a world-wide reputation in their fields.” She named Peiman Hematti, M.D., Associate Professor of Medicine in the SMPH and Stem Cell & Regenerative Medicine Center, an expert in bone marrow transplant and stem cell research; Lisa Forrest, V.M.D., Professor of Surgical Sciences in the School of Veterinary Medicine, who holds precision tomotherapy expertise, and David O’Connor, Ph.D., Professor of Pathology and Laboratory Medicine, and head of Research Services at the WNPRC, who is an expert in MHC typing. Additional collaborators include Peter Barry and Cecilia Penedo at University of California-Davis, who do sample testing post-transplant for viral infection and chimerism.

“The Primate Center’s Scientific Protocol Implementation Unit provides animal care, dosing, monitoring and sample collection every day of the year, added Buddy Capuano, DVM, DACLAM, Associate Director for Animal Services at the Primate Center. “SPI is essential to this project, which is one of the most demanding we’ve ever had in terms of time and complexity for our staff.”

Kaufman and Haynes described the project in greater detail: The first step was to pick the right pairs of animals. Living, related, but MHC-mismatched pairs were selected where both the donor showed regulation toward the recipient and the recipient showed regulation toward the donor (bi-directional regulation). This required the pre-screening of more than 100 animals by Ewa Jankowska-Gan, M.S., in the Burlingham lab.

At least a month before the transplantation, hematopoietic stem cells (HSC, cells that can become any other blood cell) are pharmacologically driven from the bone marrow of the potential donor into the blood. They are then collected from the blood and frozen, using methods similar to that used in humans to harvest cells for transplantation into cancer patients.

Next, the kidney is transplanted from donor to recipient. Following are targeted treatments for two weeks with immune-depleting agents and tomotherapy-based irradiation (targeted just to hit parts of the body where immune cells might be multiplying to attack the transplant) to prevent rejection. At Day 11, after the last tomotherapy treatment, the donor’s set-aside blood containing the HSCs is infused into the recipient. If these cells are also accepted, this is a state of mixed chimerism – the resulting immune system is part donor and part recipient.

Next comes two standard immunosuppressive drugs for three months, mycophenolate mofetil (MMF) and tacrolimus. The MMF is reduced gradually between months three and four and a half. The animals are then on tacrolimus alone, which is also gradually reduced between months 5-7. At eight months post transplant, the animals are off all drugs. During this entire time, the investigators examine whether or not the transplanted kidney is doing its job, and whether the infused HSC are actually multiplying, creating mixed chimerism.

Because of the complexity of the study and the fact that many of the procedures had not been previously used in primates, the study also involved a series of pilot animals that received some, but not all of the treatments. The first bi-directional recipient receiving both HSC and renal transplant was transplanted in January 2014. “That animal is alive and off all medications, which is promising,” Haynes said.

With eight animals transplanted so far, the consortium transplant team hopes to soon have 12 healthy, drug-free transplanted animals with fully functioning kidneys. “We can only do one at a time,” Haynes said, “because the protocol is so complicated and time-consuming for each animal – with the recipient’s health at the forefront, just as it would be for a human in a clinical trial.” All of these different layers have to be combined and the coordination of each animal and all the required testing is everything.”

Part of the complexity is because the investigators are using a new leukapheresis (blood separating) machine, a technology they have never applied before.

“We all face a very intense three-four weeks as each animal enters the study,” Haynes said, “making sure everyone and everything is ready to go. Then, we have to make sure the radiation isn’t too much, so that the monkey can then replete its own immune system with the transplanted stem cells and T-cells. As the animals recover, the expert animal care staff at the Primate Center knows how to take care of them, wean them off the drugs, provide proper nutrition and enrichment, and monitor their behavior as well as vital signs – all critically important.

“We are seeing that the donor HSCs survive and differentiate to join the components of the recipient’s immune system,” Kaufman said. “This combined system appears to be much more accommodating to the new organ than what we observe in traditional transplantation.”

Thus, the study is off to a promising start, but the animals will need plenty of follow up over the long term to make sure the protocol is a success. The process of altering an organ recipient’s immune system through a combination of approaches –radiation, stem cell and lymphocyte transplant, and a gradual weaning off anti-rejection drugs is not a trivial one. The biggest hurdle, according to Kaufman and Haynes – for both monkeys and people – is to come up with a new standard of care that works for most, if not all, patients. After all, everyone’s immune system reacts differently during disease, surgery and beyond.

“We hope to provide a successful system for other major organ transplants,” Kaufman said. “Saving lives, along with reducing the cost to patients and the healthcare system with a one-and-done transplant approach, where the patient need not take a regimen of drugs, nor have to worry about a second organ transplant if the first gives out, is the holy grail of this work.”