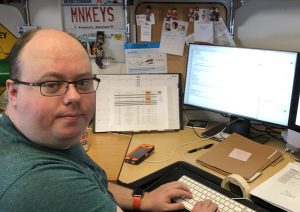 Cody has been a member of Assay Services since 2015. He earned his BS degree in Broad Fields Natural Science from Edgewood College in 2012. Cody has been working in labs since 2004, performing dairy science assays when he worked for Land O’Lakes and processing human blood when while at the American Red Cross. Cody’s focus in Assay Services is safety, creating standard operating procedures, and conducting immunoassays, particularly in-house enzyme immunoassays. He specializes in assays utilizing serum, plasma, and urine. In his free time, Cody enjoys collecting license plates, biking, road trips, and cooking. Email Cody James M. Corbett 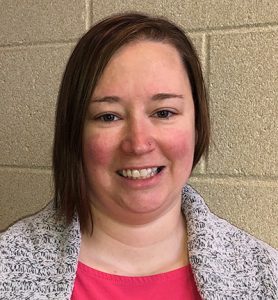 Jesi joined Assay Services in September 2019 when she transitioned into a part-time position. She completed her bachelors degree with a focus in medical science with minors in chemistry, Spanish, and global studies in 2009. In November 2009, she began working as a lab technician at UW.  In her ten years with the university, she’s gained extensive knowledge of lab techniques and is currently learning the finer details of mass spec. In her free time she enjoys crafting, baking and cooking, and is trying to run a half marathon in every state. Email Jesi Felton 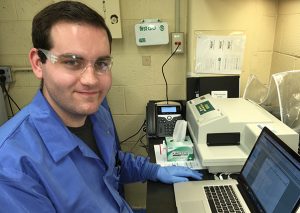 Keenan joined Assay Services in May 2016 when he was hired as an undergraduate lab assistant. He graduated from the University of Wisconsin-Madison in May 2018 with a bachelor’s degree in Zoology and a certificate in Environmental Studies. After graduation, he was hired as a full-time Associate Research Specialist in Assay Services. Since becoming a staff member, Keenan is learning about assay development and how the unit contributes to research and Primate Center goals. His main responsibilities are to perform a variety of assays, to contribute to method development, and to label compounds via radioiodination. In addition, he assists the lab manager, helps to train undergraduate assistants, and performs other tasks as needed. Outside of the lab, Keenan enjoys reading, kayaking, and spending time with friends. Email Keenan Gerred 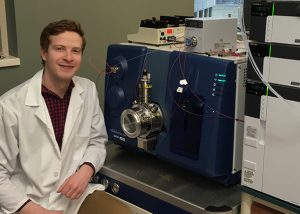 Robin earned his bachelor’s degree in Biochemistry from the University of Wisconsin-Milwaukee in 2015 and joined assay services in October 2016. He is the main operator of the SCIEX 5500 QTRAP mass spectrometer at WNPRC. Robin’s duties include method development and validation, data interpretation, quality control checks, and instrument maintenance. Outside of the lab, he enjoys playing board games with friends, eating, and traveling. Email Robinson Goy 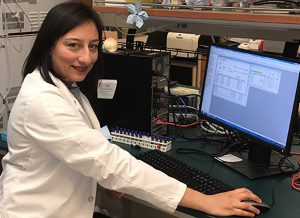 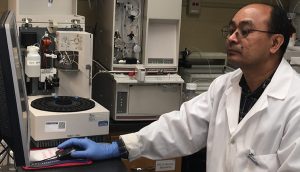 Hemanta joined Assay Services in September 2011. His training includes a Bachelor in Veterinary Science (B. V. Sc.; equivalent to DVM) degree from Tamilnadu Veterinary and Animal Sciences University, Chennai, India (1992), a M. Sc. in Tropical Veterinary Science at Edinburgh University, UK(1997), and a PhD in Animal Reproduction from Hiroshima University, Japan (2004). After postdoctoral training at Obihiro University of Agriculture and Veterinary Medicine, Obihiro, Japan, Hemanta moved to the University of Wisconsin-Madison in 2007 to work as a research scientist studying reproductive physiology and endocrinology with a focus on ovarian function including luteolysis in the Department of Dairy Science and as an honorary fellow in the Department of Pathobiology. Hemanta’s role in the Assay Services unit is developing, validating, and conducting radioimmunoassays including radioiodination of proteins and peptides. Hemanta likes to spend time with family and friends. Email Dr. Shrestha 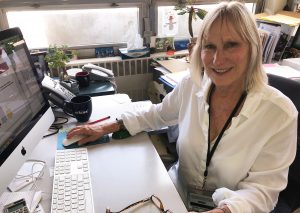 Toni recently retired from serving as Director of Assay Services, a role she’s filled since 1994 (first as Co-Director, then Director in 2005). In addition to consulting with Assay Services, Toni continues to pursue her research on the role of dietary fats in adolescent depression using a common marmoset model. After completing her PhD at Texas A&M University, Toni came to UW-Madison for postdoctoral work in the Department of Psychology and with the Wisconsin National Primate Research Center. In her postdoctoral and Associate Scientist positions, she developed non-invasive methods for determining the reproductive endocrinology of the cotton-top tamarin (Saguinus oedipus) in collaboration with Professor Charles T. Snowdon (UW-Madison Department of Psychology) and Dr. William Bridson (Associate Director of the Primate Center). While at the Primate Center, Toni introduced and implemented Assay Services’ first HPLC-based methods and, along with Dan Wittwer, the fecal steroid analysis methods. During her time with Assay Services, she developed new assays and preparation procedures for peptides, proteins and steroids. In addition, she consulted on method development and custom analyses for many human and nonhuman primate species biomatrices. Toni continues to mentor young investigators and encourage women scientists to develop their scientific skills. Toni enjoys traveling, gardening, cooking and spending time with family and friends. Email Dr. Ziegler