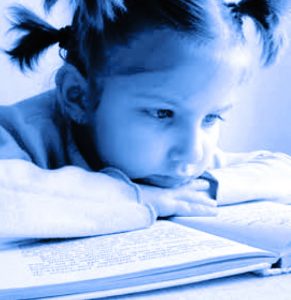 Dopamine, a brain chemical associated with reward-motivated behavior, can be increased by the therapeutic drug methylphenidate (MPH), marketed as Ritalin and typically prescribed to children with attention deficit hyperactivity disorder (ADHD). This increase, in turn, changes the way the brain makes connections among its various networks, including those that affect attention, learning and motor processes.

Luis Populin, professor of neuroscience in the School of Medicine and Public Health at the University of Wisconsin-Madison, and colleagues have demonstrated for the first time the complete actions of the drug on various regions and chemicals in the brain.

The research was published in the Journal of Neuroscience Feb. 20, 2019. Lead authors were Rasmus Birn, associate professor of psychiatry, Alex Converse, senior scientist at the Waisman Center, and Abigail Rajala, neuroscience research associate.

The scientists used PET imaging to study the brains of three awake adult male rhesus monkeys of different temperaments at the Wisconsin National Primate Research Center. Two of the study animals were also included in Populin’s 2013 study on the effects of methylphenidate.

Using simultaneous fMRI imaging, they were able to directly link increases in dopamine from MPH to changes in functional connections between the caudate – the part of the brain critical to learning through storing and processing memories – and the prefrontal, hippocampal and motor regions.

Studies in humans using fMRI have explored how MPH alters the brain, yet the study’s authors wrote that some of those studies have reported increases and others decreases in dopamine after MPH administration.

“This may be because most studies used a single dose of the drug and different experimental conditions,” Birn described. “In this study, we bridged the gap between neurochemistry and functional organization by simultaneously measuring changes in extracellular dopamine using PET.”

The doses given to the monkeys were comparable to those resulting in equivalent blood levels of the medication when used therapeutically in children. The researchers chose an animal model over humans to accommodate the administration of various doses of MPH and also multiple scanning sessions. They used rhesus monkeys because of their neurological similarity to humans and trained the animals to sit quietly in the scanners. Research on active brain functioning is typically done in both awake humans and animals so that results are not compromised by potential effects of anesthetics on the nervous system and cardiovascular function.

“Our study sheds much needed light on understanding the mechanisms underlying the effects of therapeutically relevant doses of MPH,” Populin said, adding that future studies may go even further to understand how the drug works in the context of cognition.

“We hope we can expand on this research to better understand how the drug works in the brain while it’s actually processing different things,” Populin added. “The more we can understand about its effects in the brain, the more informed doctors can be in dosing the drug for children.”

Disclaimer: The WNPRC does not endorse any views expressed or products/services offered through any of the following resources. These links are provided here as some examples of services people may wish to explore to learn more.

ADDitude editors’ best resources picks for information about ADHD and its related conditions.