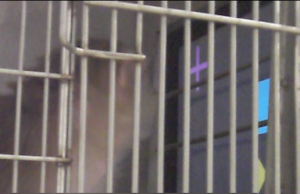 This test was invented at UW–Madison and is used worldwide for both human and animal cognitive testing, including with our rhesus macaques (Macaca mulatta) right here at the Primate Center.

You can try the WCST yourself with an app either on your Android or iPhone.

The Android app is called “Wisconsin Card Sorting Test (WCST) Variant” and is very similar to versions we have used to test brain function in our monkeys. Look for the app with the four green stars on a light purple square. The iPhone app is called “WCST Lite” and is a turquoise background with the words “Lite Wisconsin Card Sorting Test.” The iPhone version, however, gives away the answers in the “Sort by” header at the top, so you might want to cover the header with your thumb while you play the game to try and figure out the game just as the monkeys would do: We can’t tell them what to do so we don’t want to tell you either!