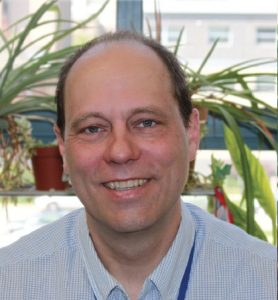 Dr. Brunner received his B.S. in Bacteriology from the University of Wisconsin-Madison in 1986. He received his DVM from University of Wisconsin-Madison in 1995. He began working with nonhuman primates in 1998 as a research surgeon involved in projects aimed at inducing organ tolerance using rhesus monkeys in a kidney transplant model. Since 2001, Dr. Brunner has been a clinical veterinarian at the WNPRC. Since 2004, he has also been the veterinary head of the WNPRC’s Scientific Protocol Implementation Unit.

Provides support in all research areas.

Areas of recent emphasis in research support include Parkinson’s disease, placental and fetal development and infectious disease (SIV, Dengue Fever and Influenza). In addition to training and overseeing technical support for these areas, time is devoted to performing, developing and refining procedures used to carry out the primate research.